Creating Top Of Mind Awareness For A Philadelphia Small Business 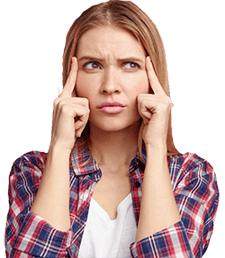 It's a fact. Unless a consumer remembers your business when it comes time to buy, then it is likely they will purchase from someone else. Staying top of mind, therefore, is critical for every Delaware Valley small business owner who wants to grab a share of the area's $101-billion retail market.

Advertising on Philadelphia radio provides local business owners with the most affordable way to move to the top of customers' minds. But, before discussing how to get remembered, we must understand why consumers forget.

Every second, local consumers are exposed to 11,000,000 pieces of data. A consumer's brain, however, is only capable of dealing with about 50 pieces of this data at a time. So, if my calculus is correct, a consumer forgets approximately 10,999,950 things every second.

Hermann Ebbinghaus was a German psychologist who, during the 19th century, pioneered the experimental study of memory. He is most famous for the discovery of the 'Forgetting Curve'. This curve demonstrates how rapidly the ability to recall information erodes over time.

The Ebbinghaus Curve indicates that unless people make a concerted effort to remember, the ability to recall information drops by 40% after just 20 minutes. At the end of one day, recall drops to just about 25%. Quickly after that, recall diminishes into oblivion. 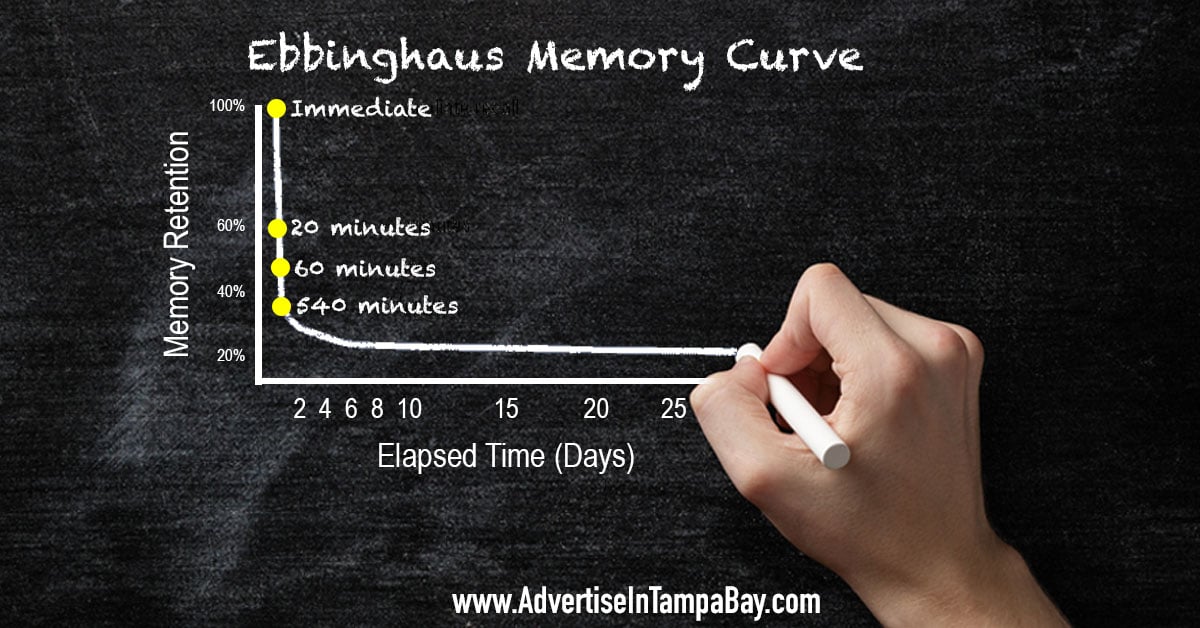 What this science suggests is that to be remembered by potential customers, it is critical that Delaware Valley business owners advertise consistently. According to many local marketers, Philadelphia radio allows for this

Jarrod Nyce, co-owner of Landis Block and Concrete in Souderton, PA, knows it takes repetition to make his advertising work. "We need to be on all time," he says. "Our customer decision cycle can be as long as eight months. We need them to hear us when they are ready to buy."

To achieve the levels of repetition his company needs, Mr. Nyce began advertising consistently on Philadelphia four years ago. Almost immediately, he began to notice the results.

"New customers started telling us right away," he says, "that they learned about us on the radio."

Why is frequency so important? According to Ebbinghaus, repeated exposures to a message will increase recall.

There is no magic number of exposures that will cement a memory in consumer's brains. Despite popular myth, the number is not three.

According, however, to Erwin Ephron, the father of modern-day media planning, the more frequency, the better. "Today," said Mr. Ephron, "serious students of advertising understand there is no formula answer to the effective frequency question. They believe most exposures are reminders."

A study by Nielsen, in fact, does indicate that when advertising on radio, higher levels of frequency create an exponentially greater lift to sales.

The study, conducted over three months, revealed that a radio advertising campaign conducted by an auto aftermarket retailer delivered $21 in increased sales for every $1 spent on commercials.

According to Westwood One, the company that commissioned the study, every exposure to the advertiser's commercial contributed to sales lift. The greatest lift derived from listeners who heard the retailer's commercial 7+ times.

Many advertising experts, including Mr. Ephron, believe simple repetition is not enough. Because, according to Ebbinghaus, recall plummets drastically after exposure, advertising can become most effective when exposure to a commercial occurs within close proximity to the time of purchase. Mr. Ephron referred to this phenomenon as "recency."

Another study reveals that radio advertising is the best tool Delaware Valley small business owners have to achieve recency.

According to the study, radio’s ubiquitous in-car presence is such that more purchases are made within 30 minutes of radio listening than are made after tuning to satellite radio, streaming audio and downloaded music combined.

So, when it comes to being remembered by consumers who are ready to buy, the key for Philadelphia small business owners is frequency and recency. According to research, the more of both, the better.