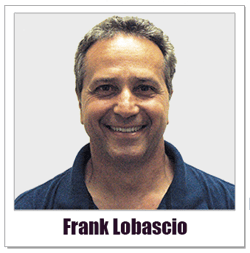 "Had I realized that advertising on Philadelphia radio was so effective, I would have started sooner. It would have helped to build our business faster," says Frank Lobascio. He is the Managing Partner of Armor Metals and Recycling in Pennsauken Township, New Jersey.

Mr. Lobascio and his brother Joe founded the company in 2011 following the sale of the moving and storage company they operated for 32 years. Friends and relatives familiar with recycling thought it would be a good business for the brothers to try next.

"In the beginning, we could not afford anything like radio advertising. So, our only form of marketing was me. I literally went door-to-door, handing out my cards to businesses asking if I could buy their scrap metal and old computers."

"Every company has metal it needs to get rid of," he says. "Old wires, old computers, and scrap from manufacturing, old furniture, you name it."

"Once a company would agree to let me buy from them, my brother Joe would then be responsible for selling the scrap to foundries. They would then recycle the different types of metals I had brought in. Our profit was the difference between the cost of buying and selling."

Fortunately for the Lobascios, in late 2012, there was a huge worldwide demand for American recycled commodities. It stemmed  from a weakened US dollar and building booms in places like China and Dubai. As a result, business at Armor Metals and Recycling exploded.

"Prices for commodities like scrap metal were selling at record highs. It was the perfect storm of positive events for a new company like ours."

"In 2014, though, the commodities markets began cooling. By 2016, it had crashed," says Mr. Lobascio. "To survive, we needed to bring in a higher volume of scrap to offset the effects of lower prices."

This was something Frank could not accomplish by going door-to-door. He needed a way to reach a lot more people.

"I learned over time that a lot of our suppliers listen to Philadelphia radio.  So, I would ask them which stations they listen to most.  That's where I started."

"We had good response almost right away," says Mr. Lobascio. "New customers were telling us all the time that they learned about us on the radio."

He was so pleased with the results of his first radio campaign Mr. Lobascio added a second station. Then a third. And then, a fourth.

"Every time we added a new station to our mix," he says, "We saw a significant increase in new customers. We were getting calls from companies we never heard of who had a lot of scrap to sell."

"One of our biggest single deals, ever, came from an electrical company in Allentown.  The customer had heard about us from a commercial on a Philadelphia radio station. He called us out of the blue and told us he had an extraordinary amount of scrap wire he needed to get rid of.  We were there the next day with our trucks to pick it up."

Mr. Lobascio also credits his radio advertising with the opportunity to pick-up NFL films and The Federal National Mortgage Association (aka Fannie Mae) as customers.

"The majority of our scrap now comes from very large companies," he says. "Companies like Pepsi and Dow Chemical. Philadelphia radio advertising often plays a part for us getting into these companies."

According to Nielsen, radio advertising is the most potent way for companies like Armor Metal & Recycling to reach decision makers at both large and small companies.

Every week, for instance, Philadelphia radio reaches 92.6% of all business decision makers and 95.6% of all small business owners in the Delaware Valley. This is significantly more than are reached by other advertising options. 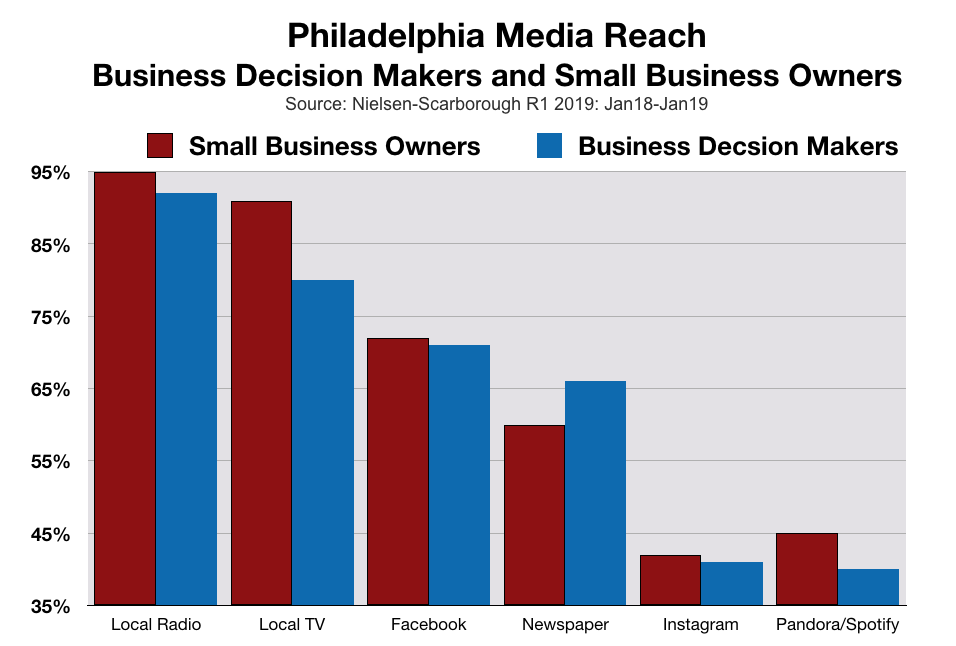 Mr. Lobascio is so confident in the value of Philadelphia radio that he now advertises almost every week of the year.

"I can tell you exactly when our commercials are on the radio," he says, "because when they are, we get new customers."