How Pandora & Spotify Compare To Advertising On Philadelphia Radio 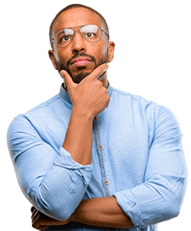 In 1922, the first Delaware Valley radio stations took to the airwaves. Today, 3,830,493  adult consumers tune-in to Philadelphia radio every week. This is significantly more than watch local TV or read newspapers.

Philadelphia small business owners, however, also want to know how local radio compares to streaming audio platforms like Pandora and Spotify, especially as it relates to advertising. The answer could surprise many of them.

Pandora was created to provide a personalized radio station catering to the musical preferences of each user.  The playlists were determined by a proprietary algorithm and then streamed directly to each listeners' computer. Over the next few years, the service became available on iPads and smartphones.

Spotify was born in 2008. It, too, was streamed directly to the listeners' electronic devices. Unlike Pandora, which predicts music the user would like to hear, Spotify allows the consumer to create individualized playlists based on music of their own choosing.

The digital technology that powers both Pandora and Spotify allows  both to know when listeners are in the Philadelphia area as well as other relevant consumer information.  This permits both services to provide advertising opportunities to local advertisers.

So, how does advertising on Philadelphia radio compare to Pandora and Spotify?

It turns out, according to Nielsen, Philadelphia radio reaches a higher percentage of adult consumers each week than Pandora or Spotify reach during an entire month.

Even among millennials, a generation with a proclivity for all things digital, Philadelphia radio reaches a substantially larger audience than Pandora or Spotify. 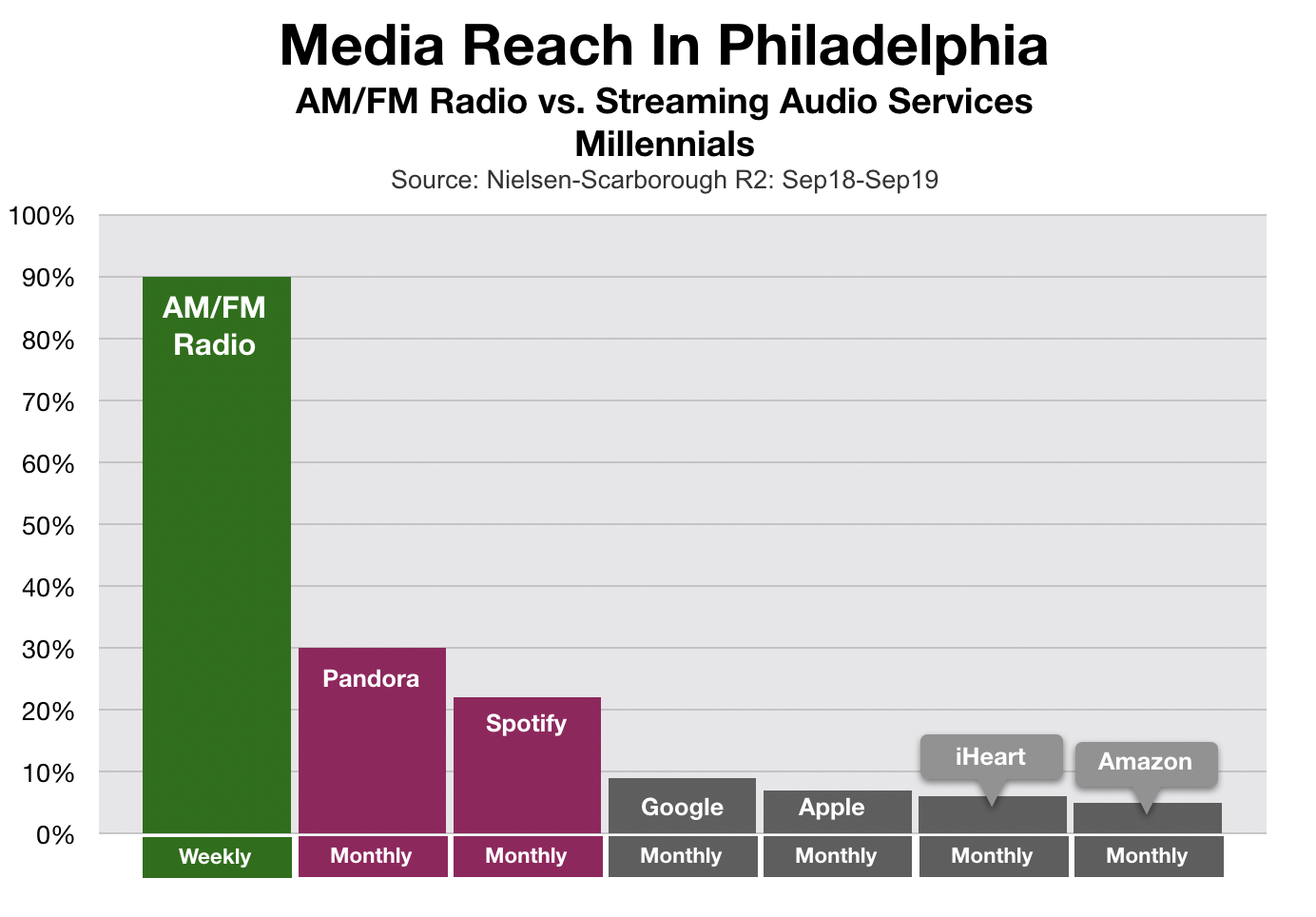 When a Delaware Valley small business owner considers advertising, the quality of the audience reached is often as important as the size of the audience.

Among the demographics most advertisers consider essential for successful marketing, Philadelphia radio has the greatest reach.

Radio's omnipresence among consumers of every type surprises many Philadelphia business owners who over-value the strength of services like Pandora and Spotify.

"You wouldn’t know it from all the media coverage focused on streaming video and streaming music," media expert Doug Schoen wrote in Forbes,  "but Nielsen data shows radio actually has the most reach among American media consumers."

"It’s quite clear," he continues, "that we should all be paying more attention to radio, its reach and potential to help our businesses. It’s doing the job with expert efficiency."