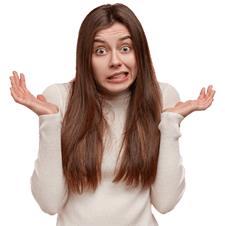 There are many ways for Delaware Valley small business owners to advertise. Options include newspapers, magazines, television, social media, and streaming media.

But to achieve the “3-Rs” of advertising success, Reach, Recall, and Return, no other medium delivers results as effectively and efficiently as advertising on Philadelphia radio.

"Had I realized that advertising on Philadelphia radio was so effective, I would have started sooner. It would have helped to build our business faster," says Frank Lobascio. He is the Managing Partner of Armor Metals and Recycling in Pennsauken Township, New Jersey.

So, how can a Delaware Valley small business owner choose the best Philadelphia radio stations to advertise on?

There are 59 radio stations that service the greater Philadelphia area. Each provides a unique blend of music, information, and entertainment. Some stations focus on politics or sports. Some play country music. Some play the hits. Some play classic rock. Some are on the AM dial. Some are on FM.

Most small business owners, though, could not afford to advertise on all stations. So, how can they decide which are the right ones?  It will be determined by a marketing objective.

It is possible that over time, a business could have many different marketing objectives, but it is a proven, best practice for each campaign to focus on one. The objective selected should be crucial to the continued success of the business.

There are, generally, two types of marketing objectives:

A marketing objective should distinctly identify the target customer.  Age and gender alone do not provide enough insight to determine radio station selection or commercial content. Examples of a well-defined target might be:

A business owner may have several different target consumers. For instance, a local bank might need to target homebuyers for mortgage products; entrepreneurs for commercial loan products; smartphone users for mobile banking products; and retirees for certificates of deposit.

Although each of these targets is a viable prospect for the bank, they are likely to have little in common including their choice of radio stations due to different lifestyles and stages of life.

With a well-defined marketing objective, a business owner can be certain every element of an advertising campaign on Philadelphia radio is designed to deliver the right message to the right audience at the right time.

Philadelphia radio listeners are fiercely loyal to their favorite stations. Despite numerous listening options, the typical listener tunes-in to thee stations each week. So, to create a successful advertising campaign, a business owner must identify those radio stations that attract the target consumers defined by their marketing objective.

For instance, a small chain of pizza restaurants might want to target the 477,638 moms in the Delaware Valley who work full-time. It takes just 3 local radio stations to reach the majority of these moms. This information alone allows the restaurant owner to narrow the choices of Philadelphia radio stations from 59 to 3.

The question now becomes, which combination of these 3 stations should ultimately be chosen for the ad campaign? The answer is determined by the type of marketing objective.

Third: Choose Between Reach or Frequency

A branding objective involves creating or modifying a consumer’s belief. To do this successfully requires the repetition and reinforcement of the business owner’s marketing message. This repetition is referred to as frequency. Achieving the necessary frequency can be accomplished by scheduling commercials on as few as one Philadelphia radio station over a longer time frame.

A promotional objective, on the other hand, requires the largest number of target consumers to be exposed to a marketing message. This is referred to as reach. If a certain number of consumers in the Delaware Valley are ready to buy, then obtaining the greatest reach possible among those listeners will increase the odds of creating a sale.

The owner of the pizza chain, in our example above, has a promotional objective: to encourage working moms to order take-out on their way home from work tonight. Because this type of objective requires reach, then budget permitting, the campaign should include the three radio stations that comprise the majority of the target consumers.

Mr. Lobascio of Armor Metals realized choosing between reach and frequency was crucial to the success of their advertising.

"In 2014, though, the commodities markets began cooling. By 2016, it had crashed," says Mr. Lobascio. "To survive, we needed to bring in a higher volume of scrap to offset the effects of lower prices."

This was something Frank could not accomplish by going door-to-door. He needed a way to reach a lot more people.

"I learned over time that a lot of our suppliers listen to Philadelphia radio.  So, I would ask them which stations they listen to most.  That's where I started."

"We had good response almost right away," says Mr. Lobascio. "New customers were telling us all the time that they learned about us on the radio."

He was so pleased with the results of his first radio campaign Mr. Lobascio added a second station. Then a third. And then, a fourth.

"Every time we added a new station to our mix," he says, "We saw a significant increase in new customers. We were getting calls from companies we never heard of who had a lot of scrap to sell."

"One of our biggest single deals, ever, came from an electrical company in Allentown.  The customer had heard about us from a commercial on a Philadelphia radio station. He called us out of the blue and told us he had an extraordinary amount of scrap wire he needed to get rid of.  We were there the next day with our trucks to pick it up."

When a Delaware Valley small business owner considers advertising on Philadelphia radio, the information needed to make an informed station selection can be secured from a reputable radio account executive.  This information includes reach and frequency data from Nielsen; local listener profiles from Scarborough; and consumer insights from Gfk MRI.