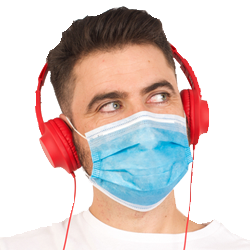 In 1922, when WGL-AM became the first radio station in Philadelphia, many considered the medium a fad.  Even in 1937, a hit song written by George Gershwin, Our Love Is Here To Stay, proclaimed radio to be a "passing fancy and in time may go".

Philadelphia radio, however, has survived the advent of talking-movies, television, eight tracks, and cassettes in stereo.  More recently, radio has withstood a tsunami of digital options including, YouTube, SiriusXM, Pandora, and Spotify.

As the Coronavirus pandemic rolls over into a second year, Philadelphia radio has hung tough and not ceded its ground despite listener's shifting lifestyles.  This is crucial news for small business owners who depend on local stations to market their goods and services.

Each week, according to Nielsen, Philadelphia radio reaches more Delaware Valley consumers than all other local advertising options. More than local TV and local cable. More than streaming video options like Netflix, Hulu, and Amazon Prime.  And more than online audio platforms like Pandora and Spotify. 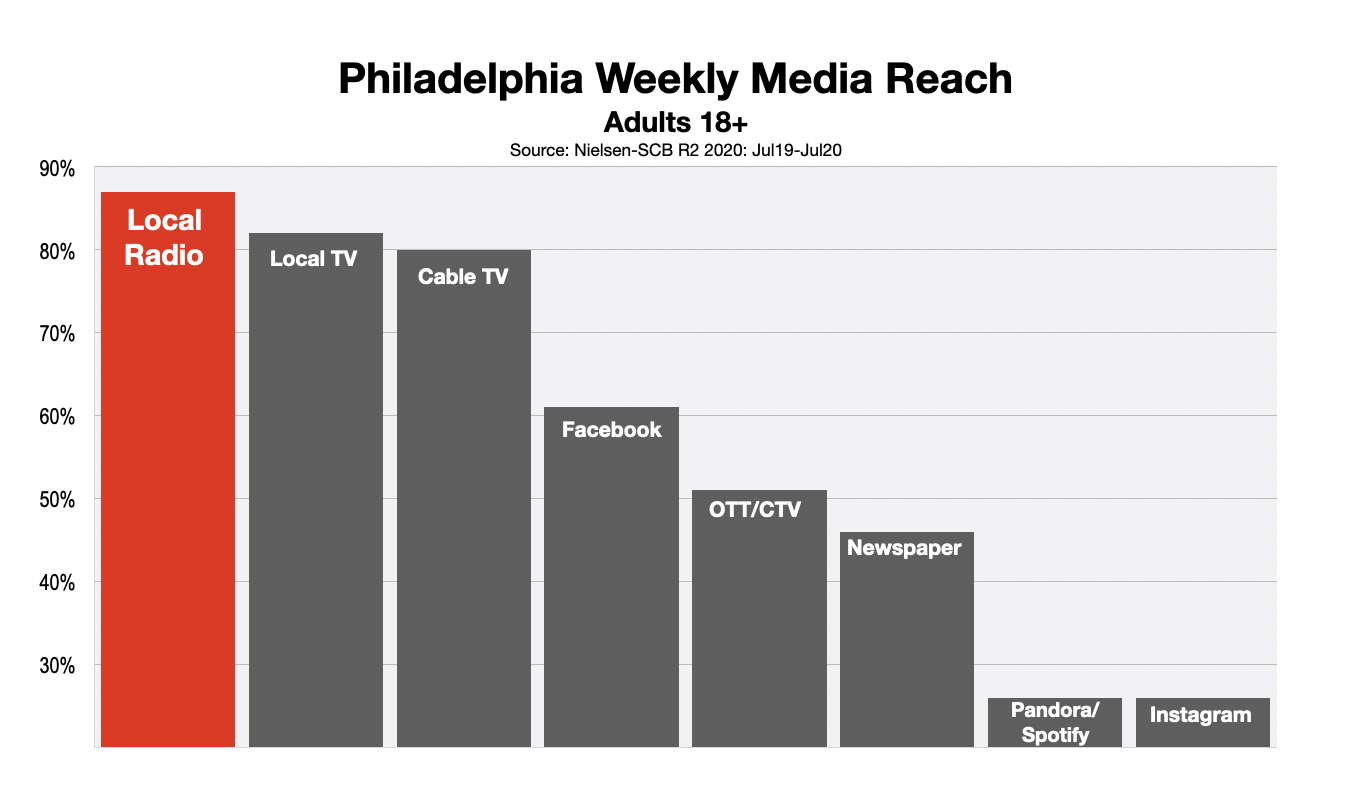 Radio's dominance in the media universe is not only true in Philadelphia. It is a fact across the country as well. 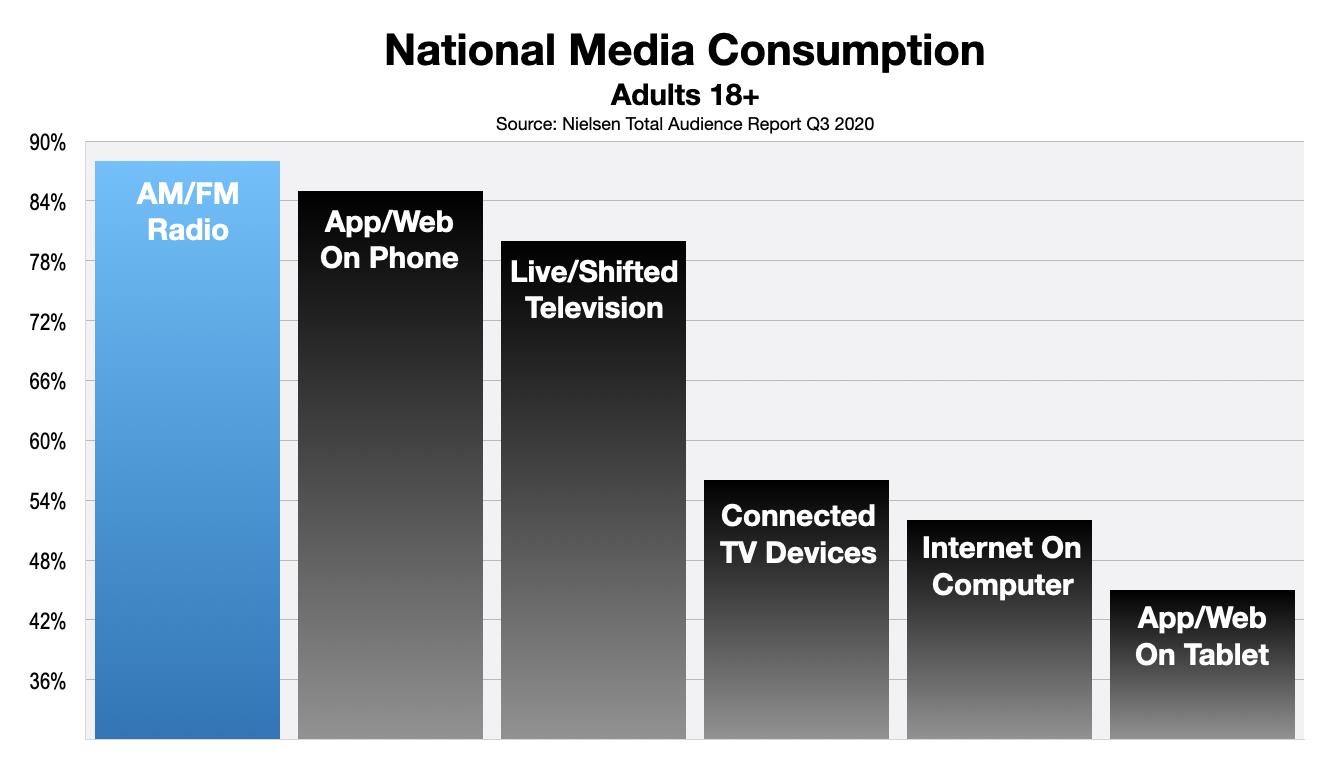 At the onset of the pandemic, as many local consumers abandoned their daily commutes and sheltered at home, they took their favorite Philadelphia radio stations with them.

Historically, radio's strength was among Delaware Valley consumers who listened away from home. But that shifted to at-home listening during the worst days of the pandemic. As listeners begin to return to the roads, their favorite stores, and their offices, radio is going back with them. 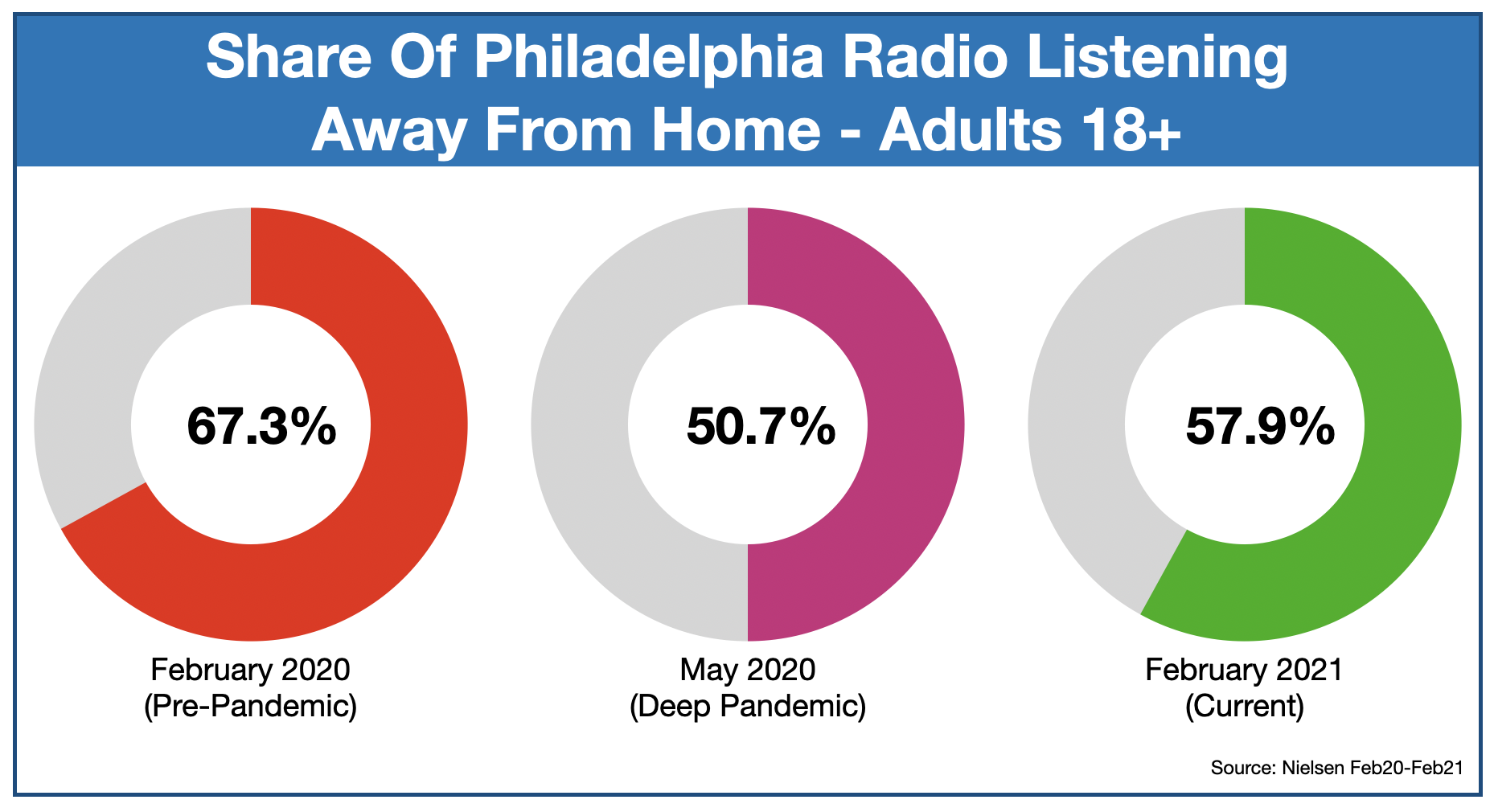 Despite the shift in listening locations, the amount of time consumers spend with Philadelphia radio has remained remarkably consistent.  According to the most recent Nielsen research, the time adults allot to radio listening is back to pre-pandemic levels. 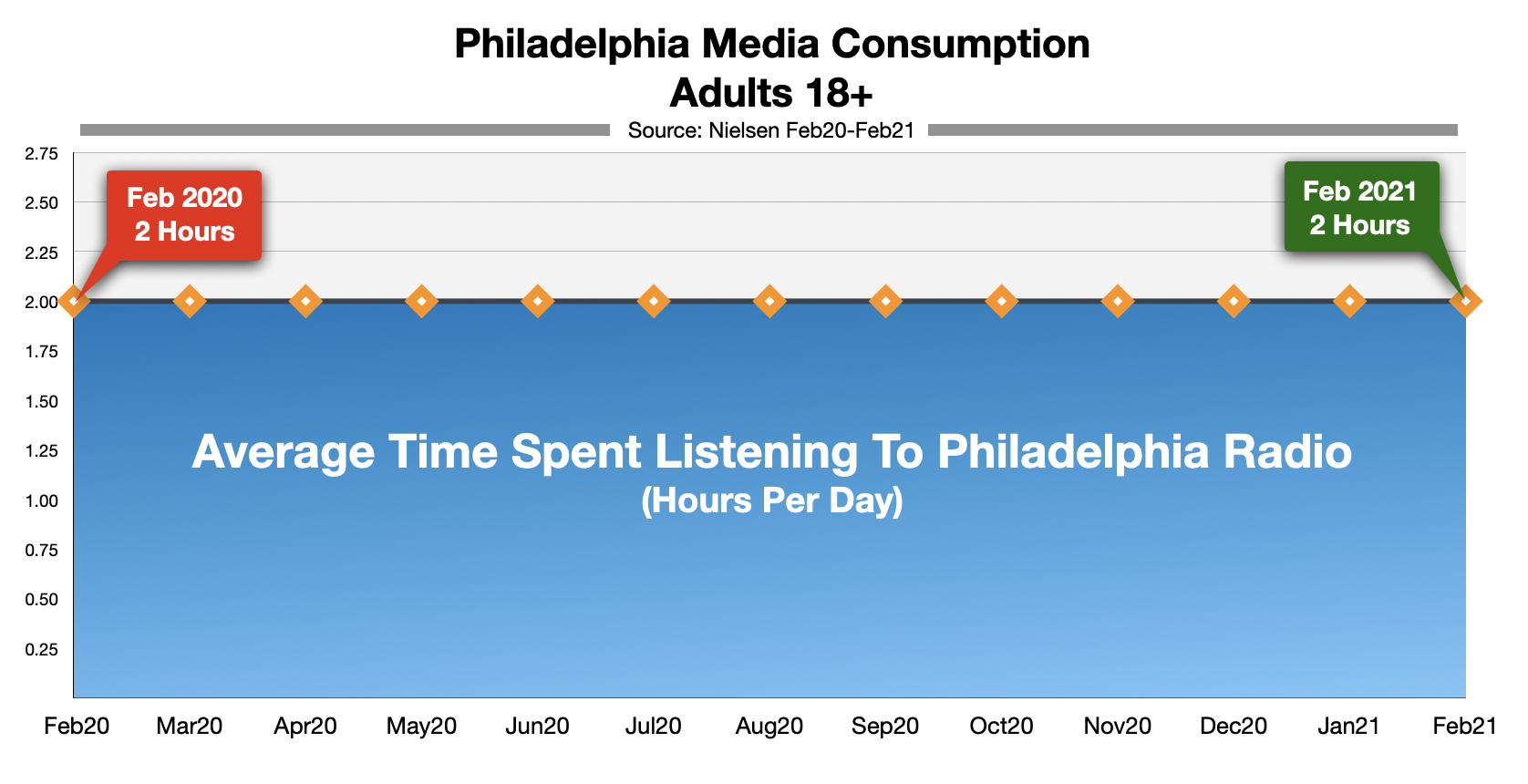 Philadelphia radio's resiliency during the pandemic is encouraging to local business owners who depend on local media to drive sales.

*Research Commissioned By Cumulus | Westwood One