Drivers Hit The Road Taking Philadelphia Radio Along For The Ride 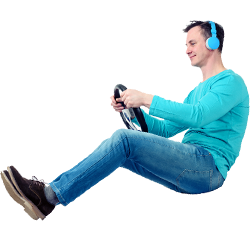 Car radios came to Philadelphia in June of 1930. For just $120, about $1200 in present dollars, local drivers could install these early mobile devices into their Fords, Studebakers, Packards, and DeSotos,

The first car radios were built by the Galvin Manufacturing Company of Chicago. They named their invention, and eventually their company, Motorola.

Today, more than 3.5 million car radios fill ears of Delaware Valley drivers with music, news, sports, and information. As a result, local radio reaches more consumers than all other media.

In a typical pre-COVID-19 week, according to Nielsen, 90% of adult consumers would tune-in to a Philadelphia radio station. This is significantly more than were reached by local TV, cable, social media, newspaper, or streaming media sites Pandora and Spotify.

On March 23, however, the Governor of Pennsylvania shut down the state to slow the spread of the Coronavirus. Overnight, traffic on Philadelphia area roads plummeted to 40% of pre-pandemic levels, according to the Apple Mobility index. 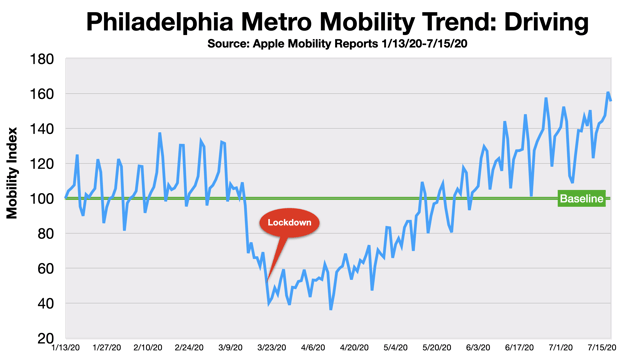 Although the shutdown kept cars off the road for several weeks, Nielsen reports that radio listening did not go away. It just shifted indoors. As mobility has begun to exceed pre-pandemic levels, though, out-of-home listening is surging back to typical levels.

In 1930, Motorolas were the only option for in-car entertainment. Today, though, the dashboards of Philadelphia drivers are dense with choices. Local radio, according to a 2020 study by Edison Research, remains, by far, the most used of these options. 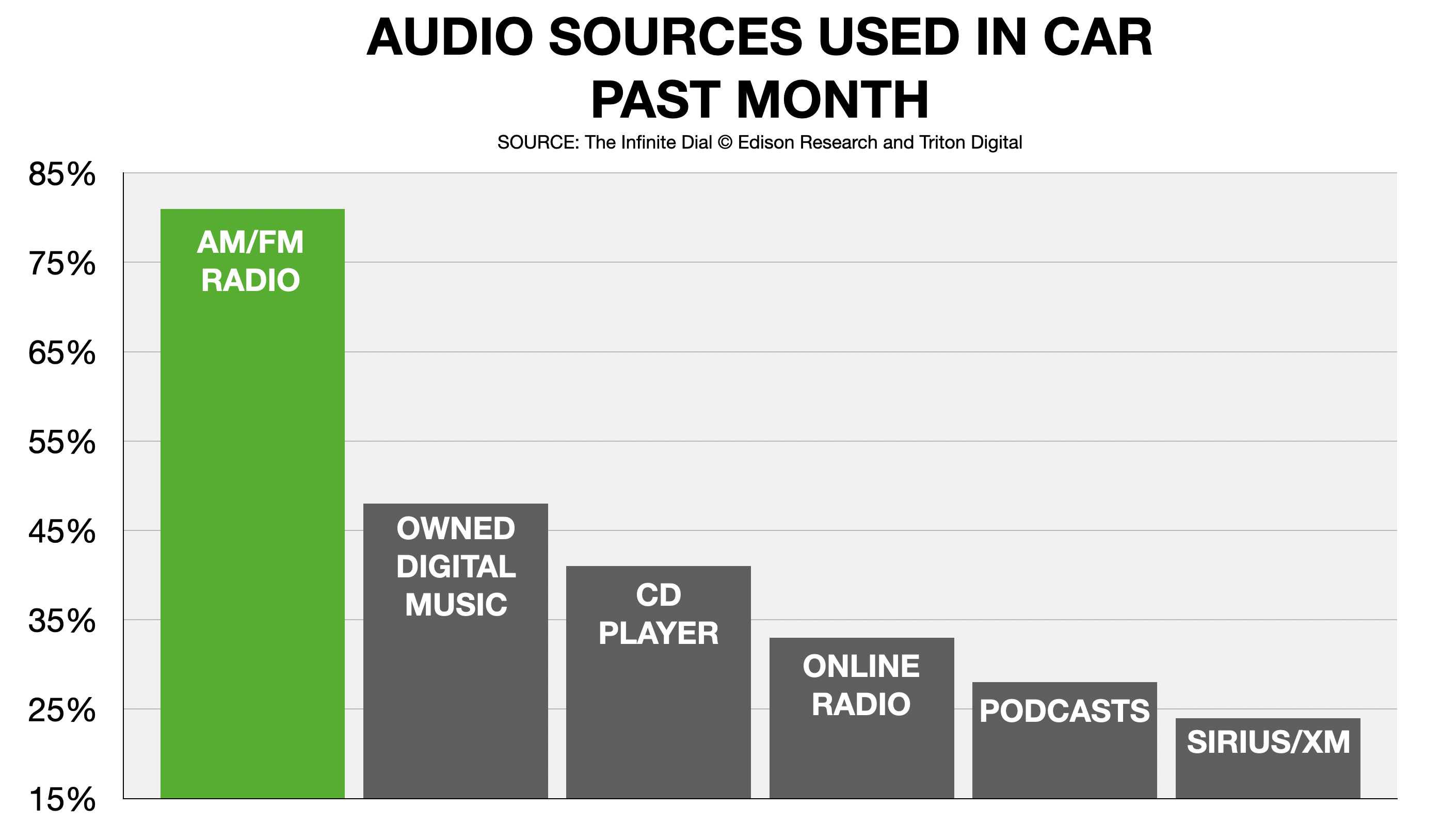 Radio's return to the roads is great news for Delaware Valley small business owners who depend on the medium for advertising its goods and services.

According to an article published by WARC, a company that collaborates with more than 50 respected marketing organizations, including the Advertising Research Foundation and the Association of National Advertisers, reaching consumers in car has a powerful effect on buying behavior.

The study, conducted by Touchpoint indicate that these radio commercials heard in the car increased purchased intent among loyal customers by 38%.