Philadelphia area consumers are expected to spend close to $84.5 billion at retail in 2022, based on per capita spending estimates from the National Retail Federation (NRF). This would be an eight percent increase versus 2021.

To capture significant shares of the increased retail spending, the 230,328 small business owners in the Philadelphia area would typically invest in advertising. Persistent and pernicious inflation pressures, however, are starting to gnaw away at marketing budgets.

According to the National Federation of Independent Business Owners (NFIB), businesses cite inflation as their number one problem. For many Philadelphia business owners, uncontrollable wholesale, transportation, and labor costs are forcing retailers to raise the prices they charge their customers. But, for many retail products, inflated retail prices can drive customers away.

To limit consumer price increases and still make a profit, Philadelphia business owners, then, are forced to cut expenses, including advertising and marketing. This means it is now imperative that the limited investments retailers can make in advertising must deliver the strongest returns possible.

According to a recent study by Nielsen, advertising on Philadelphia radio can provide the best return on investment (ROI) for local retailers.

Nielsen was then able to match the consumers in each segment to their credit/debit or shopper card purchase behavior. Consequently, the study was able to measure decisively how sales were affected by the retailer's advertising campaign.

Every week, according to Nielsen, 3.6 million adults are reached by Philadelphia radio stations. This is more consumers than are available via social media, local TV, local cable, local newspapers, streaming audio, and streaming video. 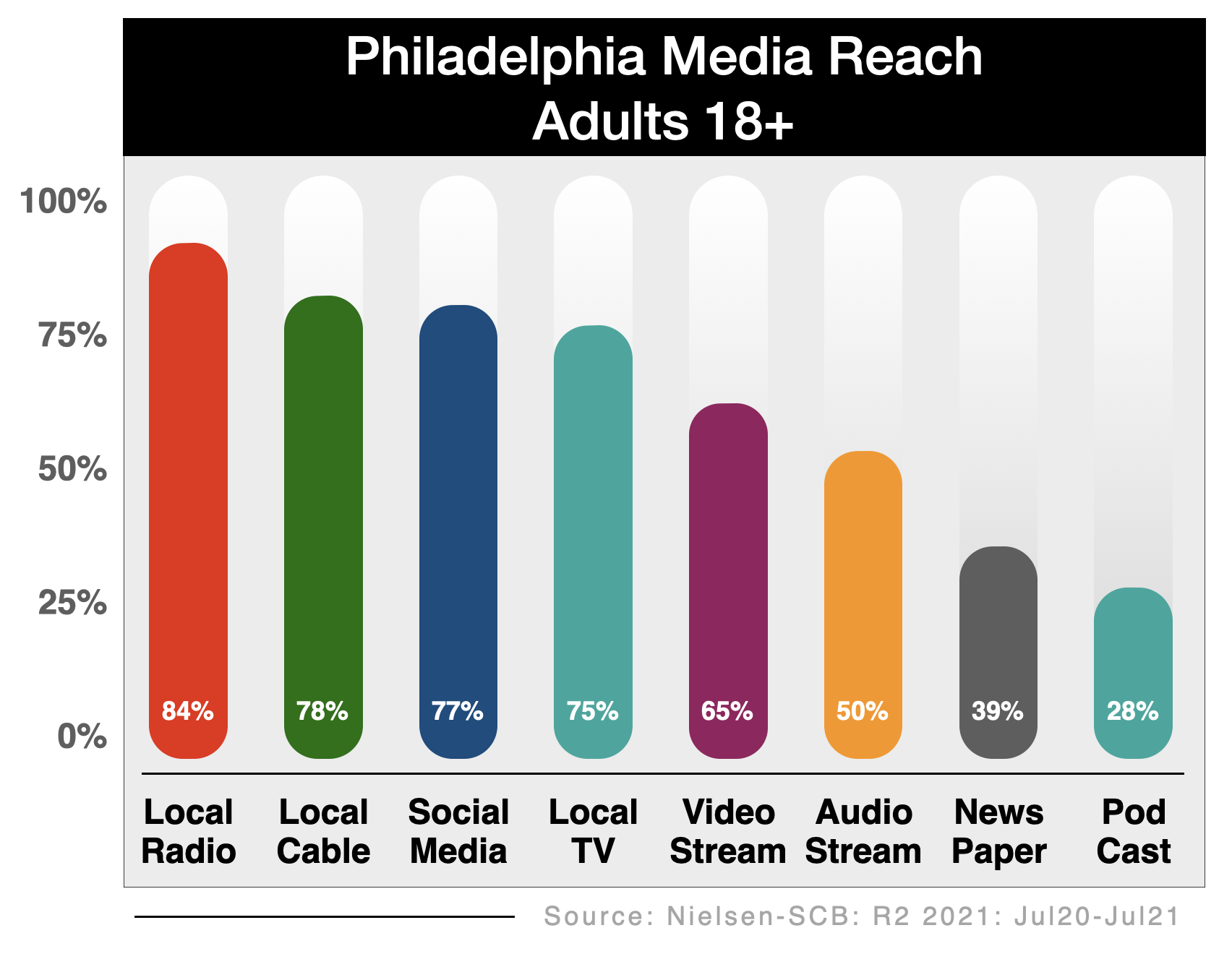 According to another advertising study by Nielsen, after the actual content of the commercial message itself, reach is the most potent advertising element that can drive sales. Reach is more important than brand, recency, or even context. Philadelphia radio provides local business owners with the most significant reach among consumers.

As Philadelphia retailers continue to find the most cost-effective way to market their goods and services as inflation erodes their marketing budgets, advertising on local radio is measurably the best option.