"When my Grandfather and my dad were running the company, they depended primarily on word-of-mouth and referrals for new customers," says Jarrod Nyce, who, at the age of 16, began working alongside his father.

In 2008, Jarrod Nyce, who was interviewed for this article, took on the responsibility of marketing of Landis Block.

"When I took over, says Mr. Nyce," our advertising consisted of using local newspapers and magazines to reach contractors. We were even using a very small, local radio station."

"As our retail business began to grow," he says, "we shifted the focus of our advertising dollars to reaching homeowners."

"After the recession," says Mr. Nyce, "My brother and I knew that we needed to increase our advertising to build the business back up. So, we looked at advertising on Philadelphia radio stations."

Mr. Nyce admits he had a bit of sticker-shock when he saw the prices. "We decided to move forward, though.  I remembered what a friend of mine told me, 'You can advertise now to find customers, or you can advertise later when you have to find someone to buy your business.' That was excellent advice."

Advertising on Philadelphia radio stations, it turns out, was the best option for Landis Block to reach homeowners in the market for home improvements.

Last week, for instance, Philadelphia radio reached 3,125,135 adult consumers who live in Delaware Valley households planning to make major home improvements over the next 12 months. This equates to 93.1% of potential customers.

This is significantly more potential customers than were reached by local TV; local newspaper, or streaming audio sites like Pandora and Spotify. 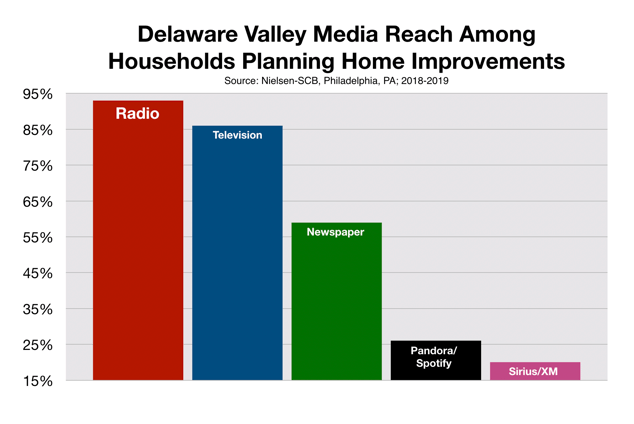 Four years ago, Mr. Nyce began advertising on Philadelphia radio with a single station. The first commercials included the voice of a well-known on-air personality encouraging listener to buy from Landis Block. "Radio personalities have built a lot of trust with their audience," he says. "Using them in our commercials extends that trust to our business."

"These commercials." he continues,  "really don't advertise our bricks and pavers," says Mr. Nyce. "What we really sell are the results: turning a backyard into a paradise." 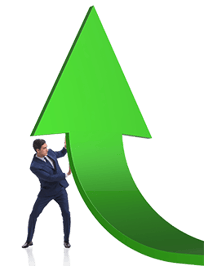